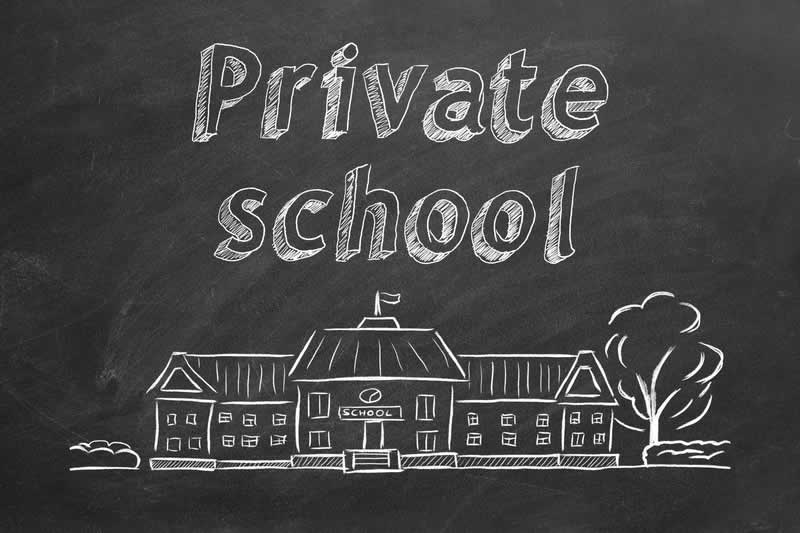 Posted at 08:00h in Private School by t2-web-admin

Myth: Private School Is Only for Religious Families

Private schools containing the name of a religious denomination may be common, but that doesn’t mean that prayers, choir singing, or sermons are the norm. There are many independent private schools that are non-sectarian. These schools provide a stimulating learning environment for young minds without stressing any particular religious belief or political ideology. This makes private education accessible for students from a variety of backgrounds and beliefs.

Myth: Private School Is Too Expensive

Between the 18th and 19th centuries, private schools were the only places the wealthy would patronize. Two centuries later, private schools have evolved to provide independent education for children of families in all financial strata. While it’s commonly believed that only wealthy kids attend private school, this simply isn’t true anymore.

Private schools actively seek out students from all levels of society, and tuition assistance is available to those who need it. Some institutions also work to provide flexible payment options to make private school more affordable..

Myth: Private School Puts Too Much Stress on Students

As children start school, they may stress about fitting in with peers, keeping up in class, and behaving for their teacher—among other concerns. Many believe that private school curriculum compounds this stress by placing too high of academic standards on students. While this may be true of some schools, most private schools work to foster a comfortable and engaging learning environment.

It would be wrong to state unequivocally that all private schools practice complete and transparent diversity, equity, and inclusion. However, studies show that modern private schools are becoming more diverse.

Myth: Private Schools Don’t Have to Keep Up With Academic Standards

It’s true that private schools do not have to comply with the same standards and regulations as public schools, but this doesn’t mean that they are lacking academic standards. Findings from the National Center for Education Statistics, report the following:

The study noted that private school students of the lowest economic stratum obtained a Bachelor’s degree when their public school counterparts did not. The study further stated that high academic standards enticed students of any social or economic stratum to do their best, and they do. Based on these statistics, it’s clear that private schools are also committed to academic excellence in their students.

Myth: Private Schools Are Only for Gifted Students

Myth: Private School Students Are Sheltered from the World

Some people believe that private schools fail to adequately prepare students for life in the real world. Despite common opinion, private school students are as open to current affairs as their public school counterparts.Preparing children to succeed outside the classroom is the goal of any private school. The children must have a solid educational basis for analyzing current events, and that starts in the classroom.

Myths spring from unfamiliarity and lack of education regarding a subject matter. Private schools can be affordable, provide learning opportunities to students of various backgrounds and skill levels, and strive toward furthering student success. By separating fact from fiction, you can begin to make an informed decision about your child’s education.